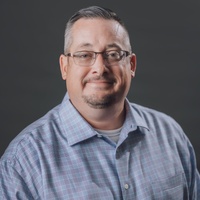 Shawn began his insurance career in January of 2009 joining Iron Insurance Partners as an account executive focusing on commercial insurance. In 2012 Shawn moved into the role of Chief Growth Officer overseeing the day-to-day operations. In 2016 shown became a shareholder and in 2019 Chief Operations Officer. After the 2021 merger, Shawn was named CEO of the newly named Iron Insurance Partners. In May of 2022 Shawn and his family relocated to the Wichita office.

Shawn was born and raised in Kansas City MO and went to Hastings College in Hastings NE graduating with a Bachelor of Arts in broadcast communications and a minor in English literature.

Shawn has been married to wife Betsy since 2008 and has four children Jace, Jack, Taytum, Tierce.