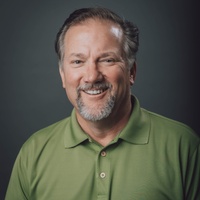 Eric started his insurance career with Iron Insurance Partners in 1995 after a ten-year sales career with Nestle.  Over that ten- year career he had the opportunity to work in a variety of sales positions including the private label division, drug/mass. division and in their National Accounts Division.  While with Nestle he moved six times and had a great opportunity to see the country.    Eric earned a bachelor’s Degree in Business Administration from Kansas University in 1987.  After his stint in the grocery industry, he moved home to join his families insurance agency.  He has lived in Garden City most of his life, where he helped raise his three kids, Brennan, Denton and Kaylee and has been active in his community including time spent on the KU Alumni Board, the Garden City Chamber of Commerce and he was a founding member of the Finney County Preservation Alliance.  Eric works primarily in commercial lines and enjoys working with contractors and other small business owners.  He prides himself on his ability to “think outside the box,” and help bring valuable business experience to his customers.  Outside of work he enjoys traveling, KU Basketball games, restoring furniture and hiking in the mountains.