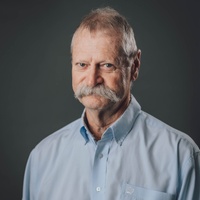 Dave started his insurance career in 2002 with Iron Insurance Partners working in the Crop insurance lines. He later moved into property insurance for Farm and Ranch and commercial liners. In 2008 he bought into the agency and became a shareholder. He has been through several accusations and mergers and currently is servicing those same lines With Iron Insurance Partners.   Prior to the insurance business, Dave was actively involved in the family farm and was employed by Moorman MFG as a livestock feed supplement salesman and consultant. His formal education started at Fort Hays University where he received a BS in Physical Education. He went on to KSU and earned his master's in Agricultural Education, minoring in Animal Nutrition. Dave is married to Lisa and has 3 grown children and 7 grandchildren. He has been active in the community serving on several boards and committees. He is past president of the Norton County Horse Council and Norton County Extension board, served 3 years on the Norton City Chamber board and still is active in supporting 4-H and FFA youth activities when needed. During any off time, he enjoys driving his team of draft horses or riding saddle horse in the mountains. The thing he enjoys the most is spending time with the grandkids.